FORBES – This article is one in a series investigating the importance of modernizing and decarbonizing the electric grid. The company we feature in this article – Wärtsilä – is working on the complex process of allowing various generation sources (e.g., solar, wind, fossil fuels) to function efficiently together in a “hybrid” grid.

Our electrical grid is set up to work using centralized generation sources. These centralized generation sources have been ones that we have perfect control over: if you want to generate more electricity from a coal fired plant, simply inject more coal powder into the furnace. If you want a hydroelectric dam to produce more power, just open one more chute to spin another generator. 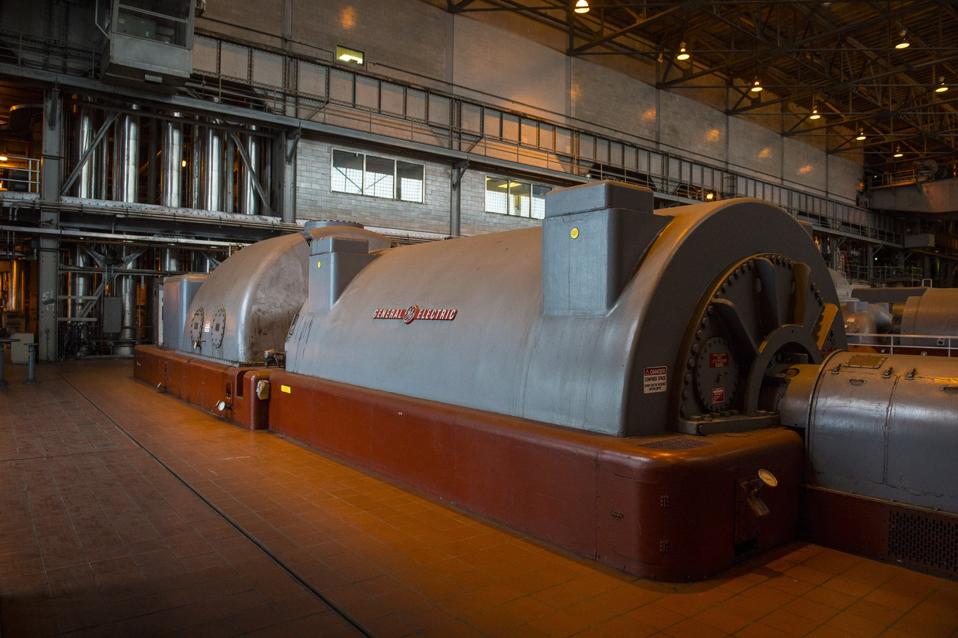 However, since 1990 our reliance on solar and wind generation resources has rapidly increased. And while renewable resources are better for the environment, they put our electrical system—which was designed to provide on-demand electricity generation—into a difficult position. Even if we wanted to completely transition to renewable energy within the next 10 years, we would face an enormous problem due to intermittency: the wind doesn’t always blow, and the sun doesn’t always shine.

Battery storage is a potential solution to the problem of intermittency, and many have argued that it is the cushion that renewables need to be able to power our grid effectively. However, our grid was not set up to draw on stored power reserves. So, even dramatic increases in battery installation would still end up creating a host of engineering problems.

What’s more, even if we could instantaneously build all the renewable generation sources we need and pair them with powerful, long-lasting battery installations, there are economic incentives working against such a transition.

Although there’s been a rapid build-up of renewable resources over the past three decades, the build-up of natural gas generation plants has been even faster (about 50% faster each year, in fact). It costs billions or even hundreds of billions of dollars to construct natural gas plants, and owners of those assets understandably want to keep using them for as long as possible.

No matter how you look at it, over the course of the next 20 or 30 years, we will need to incorporate various generation sources—some of which are on-demand, some of which are intermittent—and this means that we will have to construct a hybrid grid.

In other words, when a large cloud bank moves over a solar farm, the energy that that solar farm would have produced during that time needs to be picked up from some other generation source. In order for this to happen, the solar farm must be equipped with software that will allow it to communicate, for example, with a wind farm whose turbines are spinning rapidly. The power from that wind farm, or from the battery facility that is associated with that wind farm, will need to enter the grid to take up the slack of the darkened solar panels. 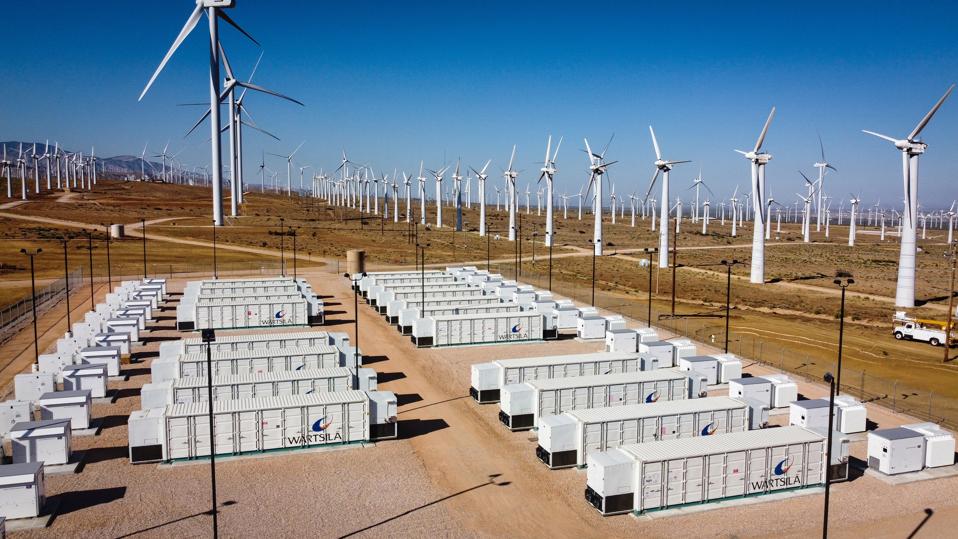 Wärtsilä may not be a household name for Americans, but this firm represents the backbone of Finnish industrial power. Indeed, the company holds a similar place as General Electric in the United States or Siemens in Germany.

Like General Electric and Siemens, Wärtsilä has made electrical power plants running on fossil-based fuels for many years. Recently, however, it has begun attempting to transition away from fossil fuel electrical generation towards renewable energy. In 2017, it bought the American firm Greensmith Energy, which forms the core of Wärtsilä’s new renewable energy portfolio.

The company produces battery installations, competing with Tesla and Fluence, a JV between AES and Siemens. Wärtsilä has also developed a software package, GEMS, which does just the type of coordinating activity that I mentioned in the last section. GEMS allows for a number of different generation resources to work together to provide a stable output of power regardless of the conditions or the time. 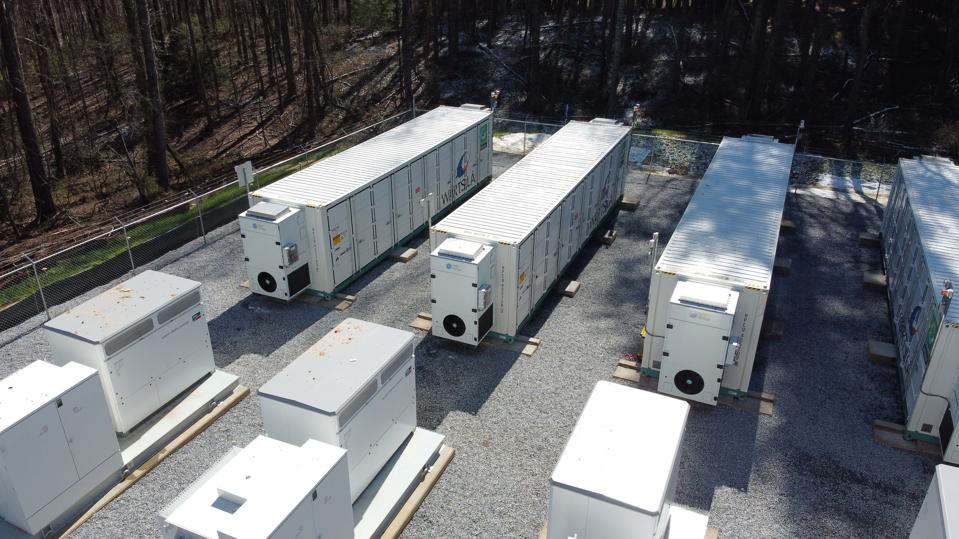 Wärtsilä is differentiated from its battery-centric competitors because of its long experience dealing with conventional power generation. Wärtsilä’s management tells me it is the only company that has figured out how to manage the capacity of “spinning resources” (think natural gas or steam generators). This allows Wärtsilä to optimize a portfolio of various generating resources — both conventional and renewable — through the intelligent use of battery storage, all orchestrated by its GEMS software.

Currently, Wärtsilä is the smallest of the big three battery providers, but the firm is quickly growing its footprint, and the fact that it is able to handle the outputs from all these different generation resources seems like a reasonable differentiator to me.

One of the most impressive examples of the power of Wärtsilä’s system is the work that they have done supplying power to islands. An island power grid is a small representation of our larger, more complex continental grid, and often has a large proportion of renewable resources incorporated into the generation mix.

Wärtsilä has shown me interesting data which demonstrates, for instance, that when the sun was shining and the wind was blowing, the company’s battery packs stored some power, which was then put out into the grid as the sun went behind clouds. Later in the day, the clouds were still over the solar array, and the wind had stopped blowing, so the company software switched to energy generated at a local fossil fuel generated plant in order to meet the energy needs of the island grid. 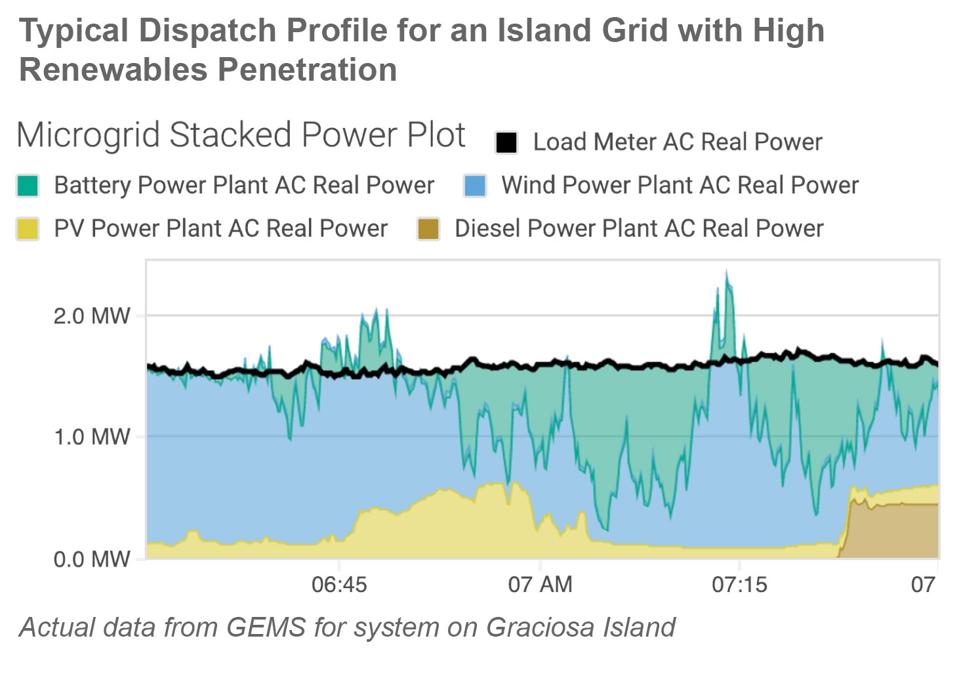 Some people would raise their hackles at the thought that fossil fuels would still have some role to play in the electrical grid. However, the data I saw suggested that fossil fuel usage had been cut back by about 80% compared to if there were no renewables, no batteries, and no software to coordinate between the generation resources. To me, this seems like a perfect example of a good transitionary technology that we would do well by implementing more widely in our grid.

Some Greenies militantly push for an immediate switch-over to 100% renewable energy. While this is environmentally desirable, I do not think advocates of this cold turkey approach appreciate the magnitude of the repercussions of such a switchover.

Our civilization is built on easily available, cheap energy. The electrical grid powers essential services like hospitals, nursing homes, and schools as well as frivolous services like email and YouTube cat videos.

Humanity must simultaneously figure out how to cut back on fossil fuel usage while using the fossil fuels we are burning in the absolute most efficient way possible. Wärtsilä’s technology helps to do both.